Welcome to our school website. We hope you find everything that you are looking for and much more! We presently have a vacancy for a Deputy Headteacher and are looking to recruit for January 2022. If you need any further information do not hesitate to contact school. Thank you. 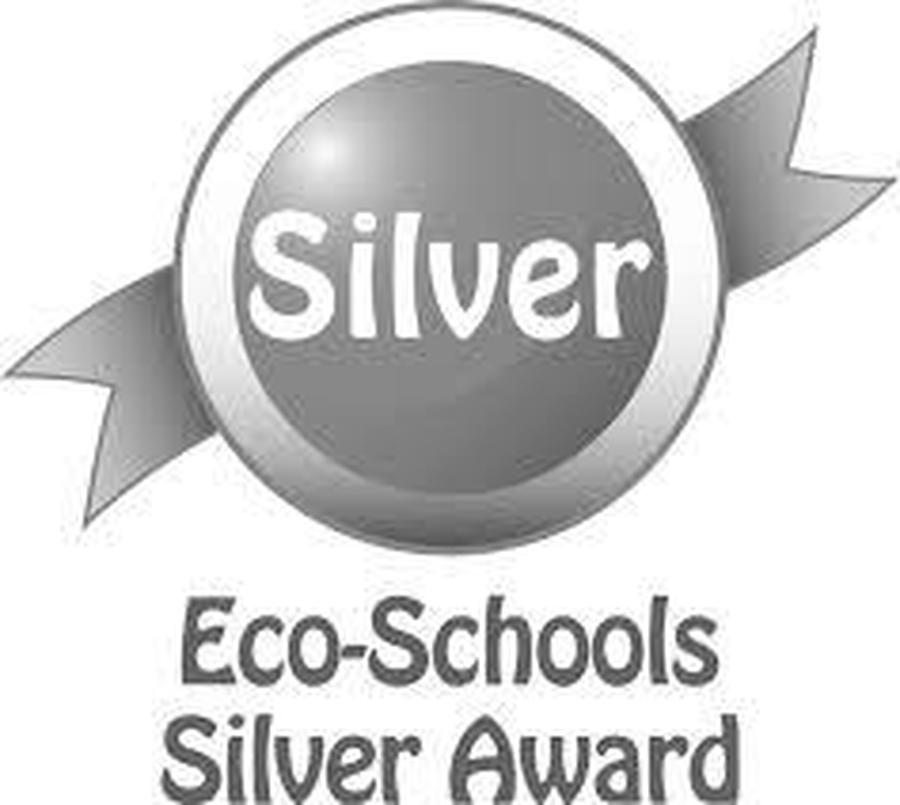 Mrs Catlow is excited to announce that St. Joseph's will be running an ECO club every Tuesday, from 3.30 pm until 4.30 pm.

The club will have similiar activities to last year's Cool club. However, this year it will be only open to all pupils from Year 2 upwards and will be weekly as opposed to fortnightly.

The club aims to make St. Joseph's School even more environmentally friendly. We will be working out what to grow in our Pop Bottle Greenhouse and hope to visit one that is already up and running for inspiration. Likewise, we will participate in a range of environmental projects from recyclable crafts to gardening to increasing environmental awareness.

Please read our Eco Code written by the children

The ECOol club joined with Barlick in Bloom to take part in The Great British Spring Clean.  They  did a fantastic job collecting litter from around our school area.  Click on the link to visit Facebook and see them in action. https://www.facebook.com/barnoldswickinbloom/videos/351082258834301/

ECOol  club members took part in the Great British Bird Watch and counted the numerous species of birds which visit our school grounds.

Thank you to Lesley and Ilse from the Barlick in Bloom group who visited to present school and the Ecool club with an award for their sensory garden in 2018. Many congratulations also to Barlick in Bloom for gaining 'Gold' once again.

Children from the ECOol club baked cakes, sold raffle tickets and spoke to the public about their work with the community.  They raised £100 for the ALzheimers Society.

The ECOol club members have been recycling their old socks and making them into sock puppets.

Members of Barnoldswick in Bloom came to help the ECOol club plant seed and grasses, to create a planter which will be used in the new sensory garden in Barnoldswick.

ECOol club members took part in the Kids Against Plastic Pickup Challenge, which was organised to celebrate Blue Peter's 60th Birthday.  They collected litter and plastic from the  nearby area around the school. As you can see in the picture they collected several bags of litter and  helped to rid our  local environment of plastic pollution.

The ECOol club members and other children from the school took part in Dementia Friends Training.

Singing at Cravenside and the Luncheon Club

The children from ECool Club, Minnie Vinnies and the school choir joined together to entertain the residents of Cravenside and the Parish Luncheon Club patrons with a selection of Christmas carols.  The Minnie Vinnies helped to serve the meal and to clear away afterwards.

The children from ECool Club and Minnies Vinnies sang Christmas carols and shared memories with the customers at Burnley Football Club's annual Dementia Christmas gathering at their Dementia Cafe.  They had a fantastic afternoon.

The children from ECool club visited Tesco in Skipton to learn where their food comes from. They visited the bakery, stockrooms and freezers, sampled various cheeses and fruits and completed a quiz about the origin of fruits and vegetables.

The ECOol club once again took part in this years Barlick in Bloom competition, where they created a planter full of bee friendly plants.  The planter was place in the middle of town along with those of the other schools taking part.  A group of children attended the judging and spoke to the judges about how they had created their planter.

The ECOol club and their parents took part in the Great British Spring Clean which is a project where communities come together to clean up their town.  We collected two wheelbarrow loads of rubbish and were horrified by the amount of litter thrown around the school and park.

The Minnie Vinnies, members of the ECOol Club and the school choir visited Cravenside, where they delivered gifts for the residents and sang a selection of Christmas songs.

To celebrate the bicentenary of the Leeds Liverpool Canal, a group of 11 pupils from ECOol club went to Greenberfield Locks to cheer the barges travelling on this route.

The Kennet barge was recreating the very first journey along this waterway, a very historic occasion in Barnoldswick.

The children had a great time, opening the lock for the barge ,waving their flags and cheering.

The children in ECOol club have been designing and creating their own miniature gardens using recycled materials.

They came up with some very imaginative ideas and produced some fabulous gardens.

29 children took part in the challege where as individuals or as teams they had four weeks to make as much money as they could using £5 as a starting point.

The children could create a product, service, design a logo, make a pitch, advert or trade stand aiming to make as much money as they could.

As part of this project the children held a fair to promote their products and services. They did amazingly well with the winning team making over £200. In total over £700 was made, profits going to planters in the school garden, plants and cakes for the residents at Cravenside and a special meal for ECOol club members.

ECOol club members had the opportunity to take part in a project to grow seeds which had been sent into space.

The Rocket seeds had been flown to the International Space Station in September where they spent several months in microgravity before returning to Earth. This was part of an educational project launched by RHS Campaign for School Gardening and the Uk Space Agency. St. Joseph's ECOol club were lucky to be selected as one of the schools to take part in the project.

Two sets of seeds were planted and cared for in exactly the same way to see if there were any differences in the way they grew, one set had stayed on Earth.

The ECOol members will not know which set of seeds are the ones which were in space until the results have been collected and analysed by the scientists involved in the project. The ECOol club visited Barnoldswick Fire Station where they had learned about the importance of fire safety, the danger of hoax calls and the job of a firefighter. During their visit they watched as a fireman cut open a car door and had the opportunity to have a go with a fire hose.

Thanks to all the hard work of ECOol club and Mrs Catlow the school have been lucky enough to have won a bike pod. This will enable children in Year 5 and 6 who have completed and passed their cycling proficiency course to bring their bikes or scooters to school. A rota for bikes and scooters will be drawn up so that children and parents know which days their child can use the pod. The ECOol club were presented with a photograph ,by Councillor Ali and Mrs Purcell, to commemorate their recent visit to County Hall, where they made a presentation to the Older People's Council about their work on Dementia. Clean for the Queen (Waste Week)

The ECOol children spent an hour litter picking in the park,as part of the " Clean for the Queen" project which encouraged communities to clean up their towns before the Queen's special birthday. The children were joined in this activity by Deputy Lieutentant Christiana Buchanan.

On 2nd March the ECOol club ran Dementia Friend Training for pupils from Year 2 to Year 6. The ECOol club spent time with a paramedic from North West Ambulance, talking about basic first aid. They took part in a quiz to decide which accidents needed an ambulance. The children were also shown the paramedic car and the equipment that is carried for use in emergencies. The ECOol Club were invited to the Museum of Liverpool to launch a new resource called " When I was little". Councillors at Preston Town Hall were so impressed with the club's work on Dementia, that they gave St. Joseph's this special opportunity. It was a great day; they had a tour of the exhibits in the museum, participated in workshops about memories and explored items from the past which even included a dance with the Beatles! The volunteer adults from the ECOol Club had a real trip down Memory Lane!

ECOol club visited Thorton Hall Farm to discover how farmers can be enviromentally friendly. They also had a tour around the farm and met lots of different animals.

As a continuation of the EC0ol club's work with Dementia Friends, the school held a fundraising day where the children came to school wearing denim clothing. Seven children from the ECOol club and two members of staff attended the annual meeting of the Older People's Champions Network at County Hall in Preston.

The children gave a presentation on their school project, which has been helping pupils learn more about dementia and how they can support older people who live with this condition. On Wednesday 4th March the children and staff from the ECOol club were presented with the Pride of Barnoldswick Award which recognised their outstanding work in the local area. The children have been awarded the special green Blue Peter Badges for their evironmental projects which have benefited both the school and the Barnoldswick community.

The ECOol Club attended the East Lancashire Education Awards 2015 evening at Burnley College, where they were named "Sustainable School of the Year".

Congratulations to all the ECOoL club members and the adults who support this club and make it so successful. The children from Ecool club have been involved in a project at Cravenside Nursing Home in Barnoldswick to design and create a new garden for the residents to enjoy. They also made pumpkins and took them to the residents for them to light and enjoy over Halloween.

Whilst at Cravenside the children met many of the residents including some who have Dementia. We though it would be a good idea to give the children a greater understanding of this illness as some of them have relatives with Dementia.

The Dementia champions from Pendle Borough Council came to some of the Ecool sessions and delivered training about the illness and how we can help both the sufferer and their families. The children thoroughly enjoyed the sessions and became the first children to undertake the training to become Dementia Friends.

We have since been inundated with journalists wanting to take photographs and have even been interviewed for the local radio station.

A presentation was made to the Alzheimers Society of the money collected by the school on our Denim for Dementia fund raising day. The children are busy planting fruit and vegetables in our flower beds and greenhouse. They are also helping the "Barlick in Bloom team" to get ready for this Summer's judging.

The ECOolclub harvested the vegetables they had grown in the garden. Each child took home carrots, potatoes and onions and made something with them including carrot cakes, casseroles and soup.

The E'COolClub helped Hugh Lawrence and Barnoldswick in Bloom to plant various trees and other plants in the town centre. These in time will create fruits and berries to be used by the community and wildlife.